Today, I received a package in the mail. The contents revealed the following: 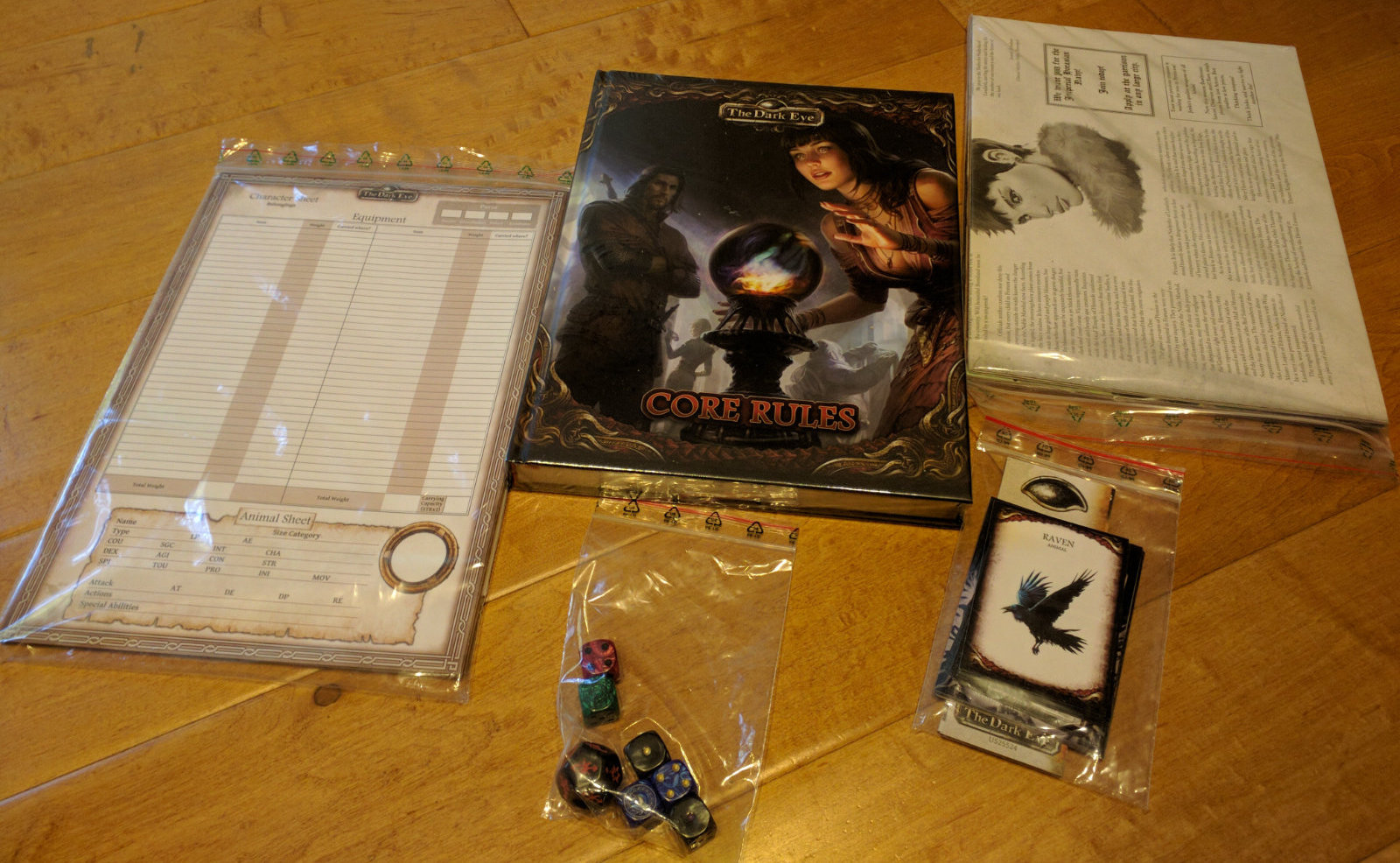 Yes, it’s my physical copy of The Dark Eye from the recent, highly successful, Kickstarter for the English translation of the game’s 5th edition.

I figured I’d take this opportunity to kick off the “RPGs I’ve played” series I’ve been meaning to write. After all, for me it all began with The Dark Eye - or rather, with the German original, “Das Schwarze Auge” (aka DSA).

As I mentioned in my recent post about getting back into the hobby, I started playing RPGs in the mid-80s (I don’t remember the exact year; probably 1986). A friend of mine turned me on to The Dark Eye, which was by far the leading RPG in Germany, way ahead of D&D.

Initially, it was mainly the two of us, so each of us would play 3-4 characters in order to have a well-balanced party. We later added some additional players, which resolved this issue. One of the things I really enjoyed as a beginning player were the solo adventures they published, such as the one below. These were similar to “Choose your own adventure” / “Fighting Fantasy” books, but used the regular The Dark Eye game mechanics - including combat, experience points, etc. I’m pretty sure that we took some of our characters through these solo adventures, leveled them up, and later used the same characters in a group campaign. 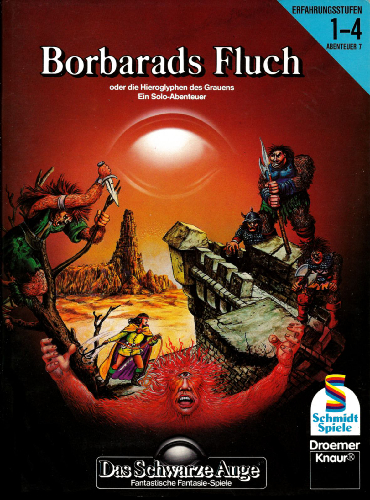 At the time, The Dark Eye was published by Schmidt Spiele and Droemer Knaur, a large game and book publisher respectively. This meant that both the core books and modules were widely available in many bookstores, toy stores, and department stores. I remember browsing through the bookshelves at my favorite store and being excited about seeing new modules. Obviously this was before the Internet, so there wasn’t really even a discovery mechanism for new material besides checking out the local store…

To be honest, I don’t remember a whole lot about the game mechanics, aside from the fact that they mainly used a d20, and that combat consisted of attack and parry rolls, and armor reduces damage. Of course there was magic as well (based on a mana pool, rather than Vancian).

They later released an expansion with more sophisticated combat rules, but our group never got into it that much.

I don’t know if it was just our group, but even though The Dark Eye’s mechanics were certainly comparable to D&D and similar systems, we all started feeling like we had outgrown the system, and that serious roleplaying gamers played other (usually English) games. It might have been the writing style of the adventures, which definitely seemed geared towards a teenage audience (which of course we were, but still…).

I haven’t looked back at The Dark Eye since the late 80s, and don’t know how the game has evolved since then. But since I recently got back into roleplaying games, I couldn’t resist getting in on the kickstarter, purely for nostalgic reasons.

Realistically, I’m not sure if I’m ever going to play the new, 5th edition of The Dark Eye. My group is very invested in D&D (though there’s some disagreement about editions…), and personally I find myself more and more drawn towards narrative focused systems like Fate Core.

But the game is absolutely beautiful. It consists of a 400 page hardcover book, and the kickstarter also came with some adventures, maps, dice, etc. At the minimum, I’ll skim some of the chapters. Who knows, perhaps I get sucked back in!